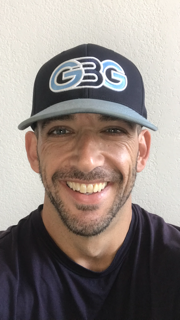 Born and raised in the colorful Haight/Ashbury district of San Francisco, Ari attended St. Ignatius College Preparatory and competed in the powerhouse West Catholic Athletic League as a pitcher. He twice earned All-League honors earning a scholarship to The George Washington University in Washington D.C. where he first served as the team’s closer and then quickly moved to the starting rotation where he was one of the strongest and busiest pitchers in the A-10 conference. Ari concluded his career at GW with a B.A. in Communications and a minor in Social/Cultural Anthropology and set a new school record for appearances in a season and career. He signed a free agent contract with the Boston Red Sox in 1999.

Ari has served as a private pitching instructor for the last 10 years in both Northern and Southern California. Ari completed Professional Baseball Scout School in October of 2014 and served as an associate scout with the NY Mets for 2 years. He is entering his fourth season with the Garciaparra Baseball Group and is the age director for the 2022 class. He is also the head pitching instructor at the LA Dodgers Training Academy in Redondo Beach. He resides in North Hollywood with his daughter Alexis and son Elias.